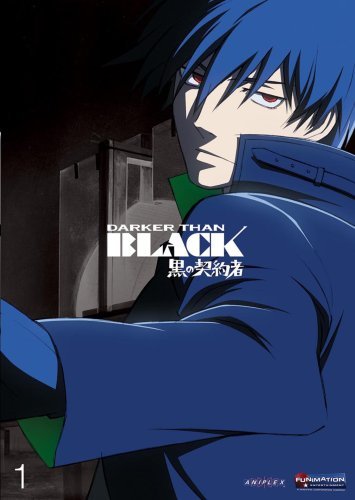 While this series is quite different to the first I enjoyed it just as much; Suo makes a good protagonist and the season contains one long story arc rather than relying on several three or four part stories. While only a few original characters return it is good to see Hei, policewoman Misaki Kirihara, although she is now working for the shadowy 'Section Three, and Mao return. Over the course of the series Suo's character develops nicely and that development includes a couple of real surprises that I won't spoil here.

These comments are based on watching the series in Japanese with English subtitles. Starting with some seemed separated stories but turn out to be a piece in the chain. The story line of contractor is really extraordinary when it deals with the basic problem of humanity, the equality and rationality of human race. Everything has a price indeed, and would we be able to sacrifice some people for the sake of all others, that is the true fact, and conclude with the most benevolent decision from the people who is thought to be a devil.

I have never watched such a good series before, to the point that I have to go up here and write a review about it. So excellent that it leaves me the sad feeling for months to go. Wonderful. I truly hope to see it again for a season 3 or something like that

The music, people might think it is not so good but in fact contain the main philosophy of the whole anime that we need to watch until the very end to understand its true meaning, really momentum at first when I got the idea behind.